Understanding Wet Bulb Temperature and Why It is so Dangerous 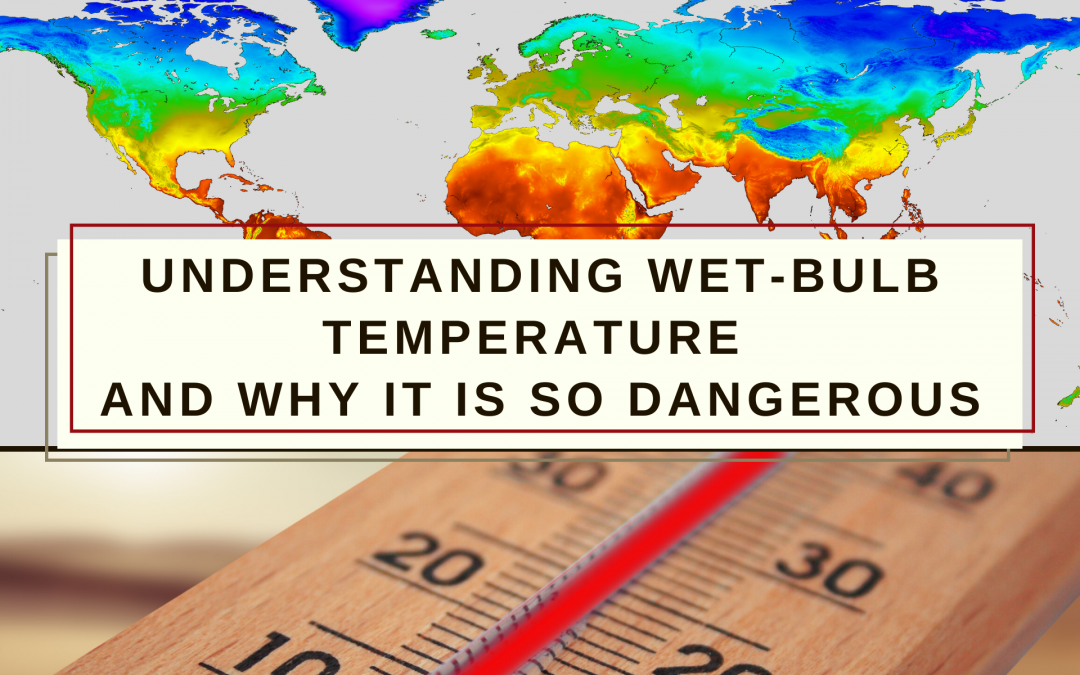 Hundreds of millions of people live in a tropical climate near the equator in South/Central America, Africa and Asia. This includes huge countries like Brazil, India, Malaysia and Indonesia. All of these people are in imminent danger from climate change.

To understand why, you need to understand what the so-called Wet Bulb Globe Temperature (WBGT) is and how the human body works. Let me explain.

The condition of the air is mainly defined by the factors temperature and humidity. At any given temperature, air can hold a certain amount of water vapor (relative humidity). If this limit is reached (100% relative humidity) the air becomes oversaturated and we experience liquid water droplets in the air – better known as fog. In those conditions, liquid water can no longer evaporate by itself.

This is no problem in cooler temperatures because the human body will lose excess heat via convection to the cool surrounding air. In warmer temperatures though, our bodies rely on the evaporation of sweat on our skin to cool down. At a low humidity, the surrounding air can take in large amounts of water vapor and the cooling effects of sweating are huge. The coolest possible temperature that can be reached through evaporation of water in any given air condition is called “Wet Bulb Temperature”. At 100% humidity the wet bulb temperature equals the air temperature, because no more water can evaporate and thus no cooling is possible.

If the combination of temperature and relative humidity reaches a certain level, the body can no longer cool down sufficiently through sweating. Especially when physically active, the body creates a lot of excess heat that can very quickly lead to heat stroke and death in bad WBGT conditions.

The following charts* show the danger of physical activity at different combinations of temperature and humidity.

As you can see, in conditions marked as black, any activities outside of air-conditioned rooms are extremely dangerous.

In any IPCC scenario between +2° and +4° of global warming, areas near the equator will experience such conditions on most days of the year and up to a point where not only physical activity but being outdoors in general becomes lethal! These countries will become basically inhabitable.

With further progression of global warming, areas in more moderate climates including Southern Europe and the US will also experience more and more days with “red” or “black” conditions.

So, let’s talk about some consequences from this knowledge:

What does this mean for possible future scenarios?

What actions can you take?

If you want to learn more about strategic relocation, check out my post about this difficult topic.

*Charts are courtesy of https://arielschecklist.com/. Visit their website for more information about the dangers of WBGT and the symptoms of heat exhaustion and heat stroke.