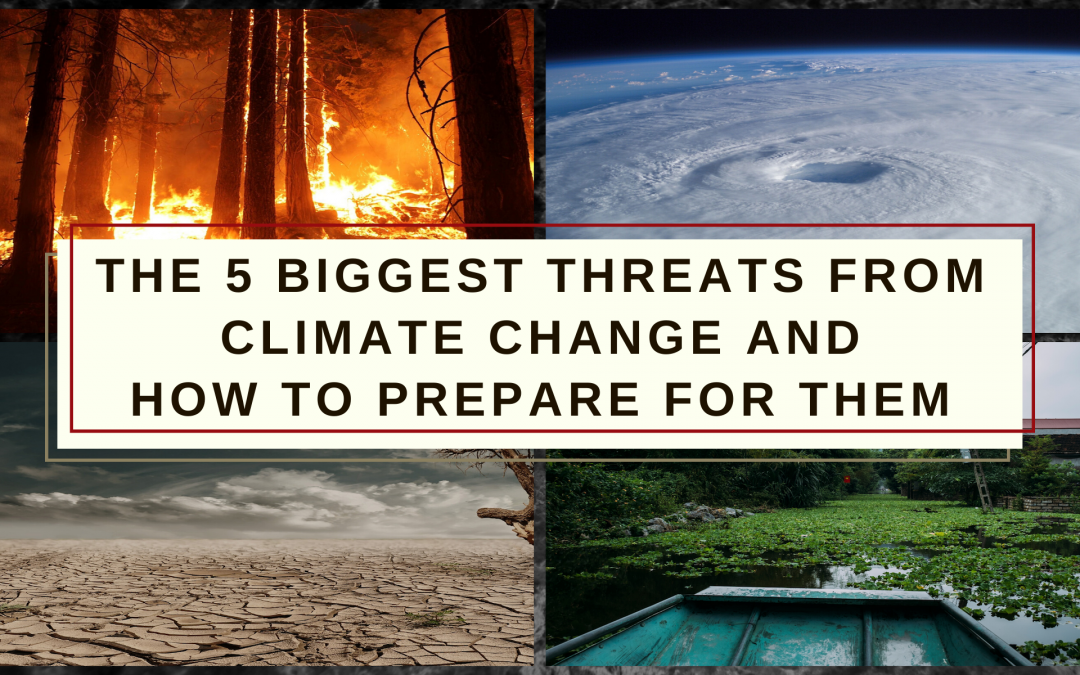 Why the risk of climate chaos is accelerating

We have known for a long time that climate change is going to increase the risk of extreme weather events. Lately, there have been some worrying developments.

In late spring and summer 2020, the Arctic has experienced an extreme heatwave. This could kick-off several devastating feedback loops that will accelerate global warming to unprecedented levels.

Quickly melting icecaps mean that less white surface area can reflect the sun’s heat. Dark blue ocean water absorbs a lot more heat than shiny white ice does! This feedback loop is called the Albedo-effect.
Meanwhile in Siberia, the worst wildfires in Siberian history have emitted huge amounts of CO2 and black soot, worsening the situation.
High levels of methane in the atmosphere over the Arctic hint to an increased thawing of permafrost soil. Over a period of 100 years, methane has 28 times higher global warming potential than CO2. For several decades, it is much worse than that, further heating up the Arctic.

You probably get the idea of what feedback loops are by now.

The disproportionately strong warming of the Arctic weakens the jet streams. Those airstreams are a result of temperature differences between the poles and the equator. They are essential for the weather, as we know it.
The risk is very high that this year’s extremely hot Arctic summer will cause extreme weather events in the Northern hemisphere soon.

Let’s take this as an incentive to look at the 5 biggest imminent threats from climate change and how to prepare for them.

Besides strong earthquakes, severe floodings are the worst natural disasters in human history.

Flooding can occur near the coastline due to seawater being pushed back into rivers and over dams but also everywhere else when heavy precipitation overwhelms the ground’s capability to absorb water or in urban areas when the sewage system is overwhelmed and cannot drain the water quickly enough.

Flooding is very dangerous for various reasons. It can destroy roads, bridges, and houses and cut off entire areas and cities. Usually, this goes along with blackouts and potential contamination of tab water. 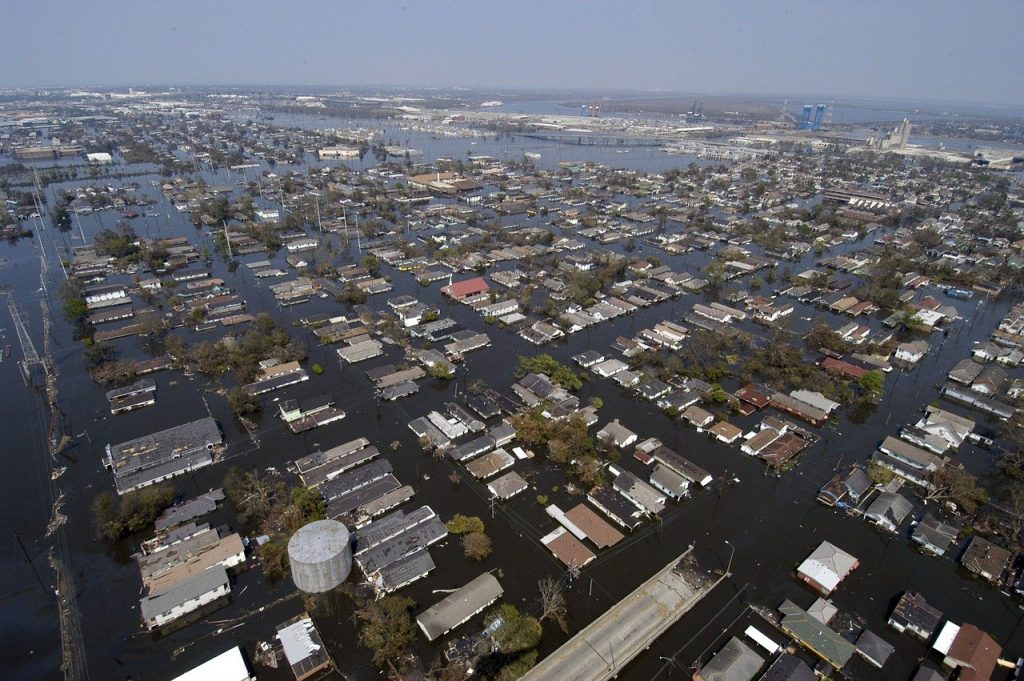 In 2005, hurricane Katrina caught many people in New Orleans unprepared, causing more than 1,500 deaths and causing over 125 billion $ damage. In the aftermath of the disaster, thousands of people were cut-off from utilities and supplies for weeks.

During the summer of 2020, large parts of Asia – especially China – are experiencing some of the worst floodings in history. In the Chinese province of Szechuan alone, 500,000 people had to evacuate. The flooding destroyed around 1 million acres of crops so far and damaged another 5 million acres to various degrees.
(https://www.npr.org/2020/08/09/899784094/roads-become-rivers-nearly-4-million-chinese-evacuated-or-displaced-from-floodin)

When a nuclear power plant is at risk of overheating, we can stop the nuclear fission almost immediately by dropping the fuel rods in boracic water.
This immediately reduces the heat production by 93%. After one day, 0.6% remains. After several months, heat production is down to about 0.2%.
This sounds like a small number, right? Wrong. It means that we must dissipate several thousand Kilowatts of heat for months and years after the initial shutdown!

This requires a functioning infrastructure of pumps, valves, pipes, and cooling units as well as access to cool river or seawater.
This could become a huge problem if climate change chaos induces a collapse of supply chains or civil unrest.

After a while, technicians and engineers need to release pressure from the reactor building, releasing radioactive material into the environment.
If temperatures continue to rise and explosive hydrogen gas builds up it is very likely that an explosion will destroy the reactor building at some point.
Consequently, highly radioactive material is emitted directly into the environment, continuously causing contaminations wherever the winds blow it.

Considering that there are 440 active nuclear power plants on this planet with another 50 currently being built, this could potentially contaminate the entire world.

The worse the combination of heat and high humidity the harder it is for our body to maintain a cool enough temperature to function properly.
At one point, our bodies become unable to cool down and we suffer from heatstroke when being physically active outdoors.

In the near future, areas close to the equator will experience more and more days with dangerous wet-bulb temperatures.
This will heavily impact society as things like construction work and conventional farming become impossible

In extreme conditions, people will die regardless of whether they are active or not.
Simply being outside of air-conditioned rooms will be deadly. 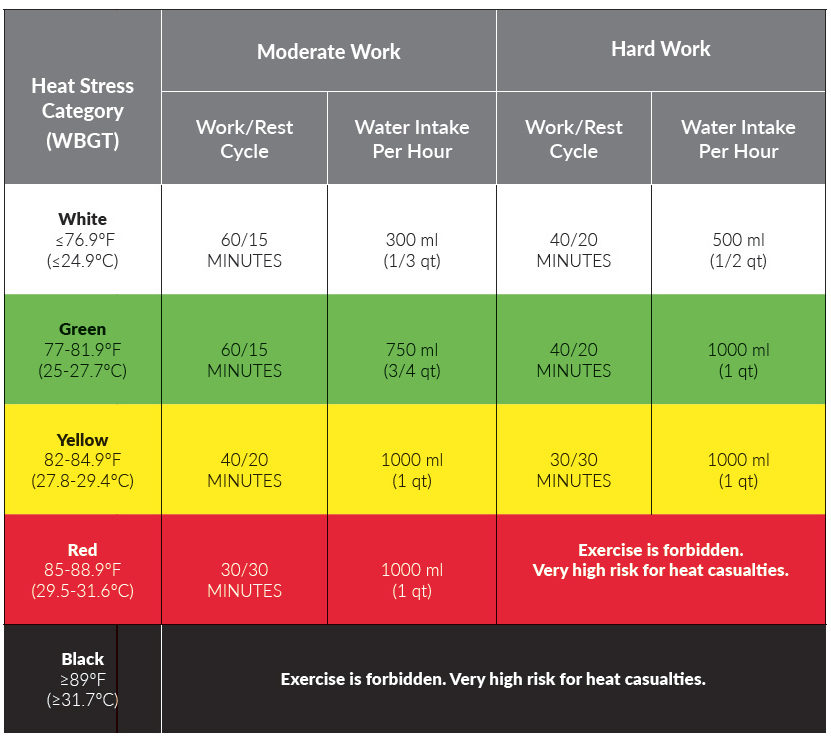 We have all watched in shock the devastating bushfire season 2019/2020 in Australia.
The fires destroyed more than 46 million acres of land and over 5,900 buildings.
At least 34 people and countless animals lost their lives.

If you live in an area like California or Australia, the situation is not going to get better miraculously.
While climate change is not the only factor influencing the severity of wildfires, it’s only going to get worse from now.

Wildfire dangers include not only the fires itself but also the toxic smoke and gasses. Those can harm and kill people from miles away.

The fires also emit large amounts of CO2 into the atmosphere, worsening global warming as one of many feedback loops. 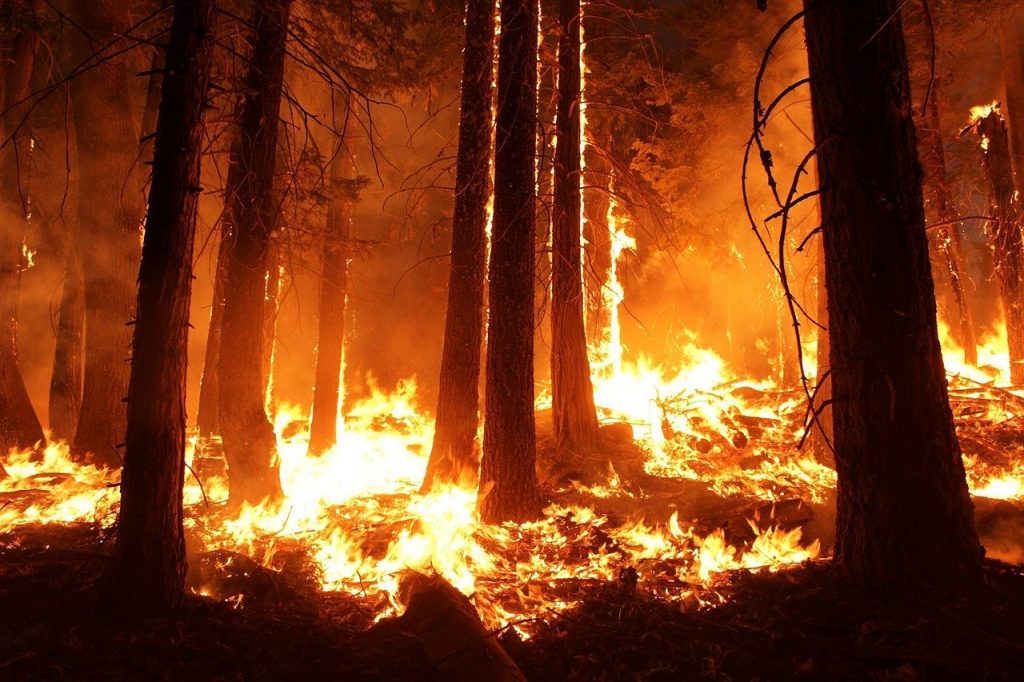 Most of us live in a situation where food is omnipresent around us.
Let’s be honest: for a majority of us, it’s a greater challenge to stay away from food than getting enough of it.

What most people don’t know: our highly industrialized agriculture is extremely fragile.

Heavy rainfall or droughts can cause large-scale crop failures.
On top of that, certain pests and bugs can spread to new regions thanks to global warming. This leads to new challenges for local farmers.
Furthermore, industrialized agriculture is impossible without a lot of technology, machinery, and chemistry. All of those depend on a large and fragile supply chain.
An interruption at any point within this chain can have negative consequences on food production.

In 2020, large parts of Asia have been hit by severe flooding, destroying millions of acres of crops.
In Iowa in the US, a severe Derecho storm destroyed 10 million acres.
England’s wheat production is 40% below average and in France, an ongoing drought also caused a bad wheat harvest.

On top of all of that, the Covid19 pandemic negatively affected supply chains all over the world.

This could be enough to cause rising food prices or even food shortages by the end of 2020.

The risk of large-scale crop failures increases every year and it’s just a matter of time before it happens!

Many preparedness-minded people believe that a vegetable garden will save them while all around them crops fail.
This is a misconception!
Chances are that whatever it is that causes global food shortages will also affect your crops!
It’s naïve to believe that droughts, floods, or wildfires will miraculously spare your garden. 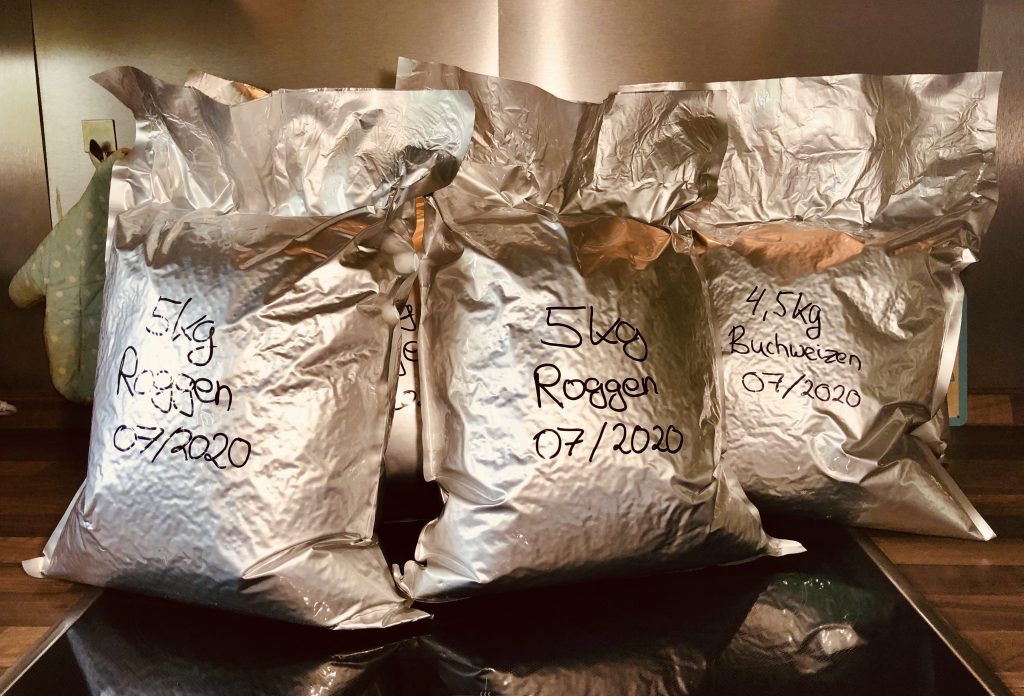 Only time will tell how the coming climate change chaos will play out. It’s important to stay flexible and adapt to whatever comes.

I hope you found this list helpful. At least it should have given you something to think about.
This is just my personal opinion on what I conceive to be the 5 biggest imminent threats.

Let me know what you think in the comments and take action.