Strategic Relocation: You may have to leave everything behind! 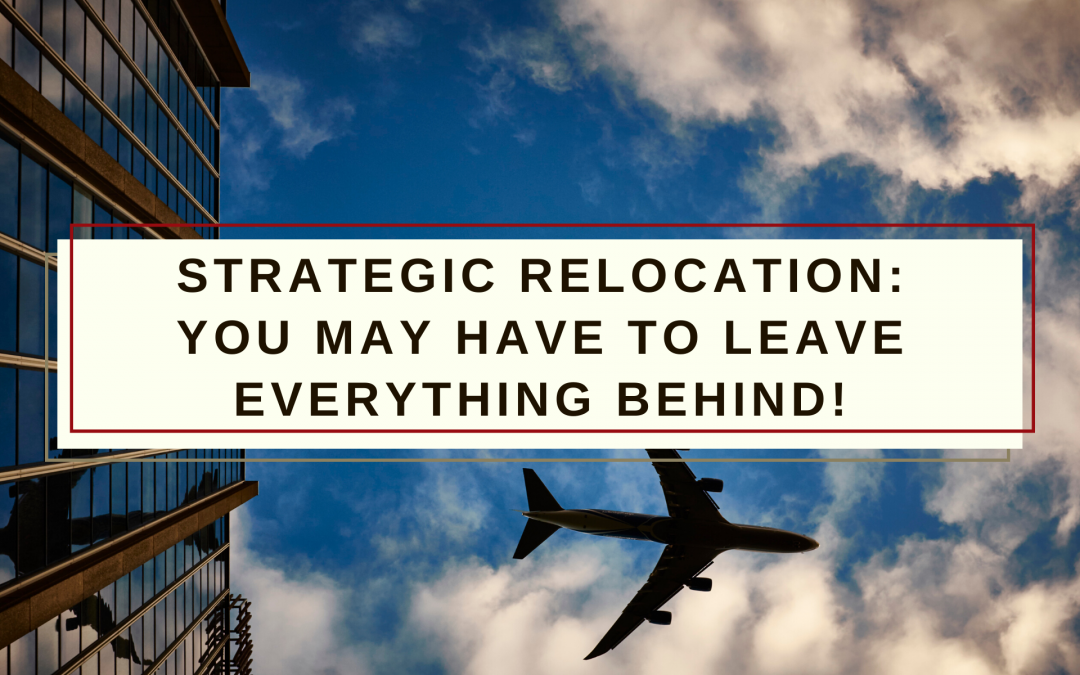 This is probably one of the hardest concepts to wrap your head around and accept when it comes to preparing for climate change. It is also one of the most difficult topics for me to write about for this reason.

I am talking about strategic relocation.

What do I mean by that?
Obviously, climate change will eventually have negative effects on our entire planet. That’s why it’s called global warming after all.
The thing is: It will affect some parts of the world far earlier and harder than other parts.

Namely, countries that are already in a hot climate zone will be screwed sooner than countries in more moderate or even cold climates. We are talking about an “uninhabitable for human beings” type of screwed here. If you live anywhere near the equator you will encounter more and more days when outside conditions reach deadly wet bulb temperatures. Read my post about wet bulb temperature if you want to learn more about that.
Countries in drier subtropical climates will experience more heat and droughts and thus crop failures and forest fires. Also, the parched earth will be incapable of absorbing extreme precipitation leading to severe flooding events.

If you live in one of the zones I mentioned above, you should warm towards the idea of strategically relocating to a different climate zone.
And you should do it long before things get so bad that everybody else is trying to do it too. Even if it means leaving your job, house, family and friends behind and start all over.

See, now you know why I said earlier that this is one of the hardest concepts to wrap your head around and accept.

Where should you move to then?

I have spent many hours studying the IPCC reports and other scientific predictions regarding the different effects of climate change on different areas of the world.
The following list of recommendations is based on that research.

Rest of the World:

If you want to learn more about how to choose the right location for a resilient, climate-proof homestead, wait for my post about How to Pick the Right Place to Live.

Lastly, some final thoughts about this difficult topic. Do I expect many people to actually heed this recommendation and strategically relocate? Sadly, no. The human brain is wired in a way that leads us to deny hard and uncomfortable truths – until they hit us right in the face. That’s the reason a majority of people fail to recognize and act on climate change in general. Our brains are in many ways still the brains of early humans living in the stone age. They are programmed to “fight or flight” when we are facing an imminent threat like a sabre-tooth tiger lurking behind a tree. We as a species are not properly equipped to analyze and react to threats that are still 10 or more years in the future, even if they are almost 100% certain to come to pass.