The True Devastating Power of Wildfires – Will We See THIS Soon? 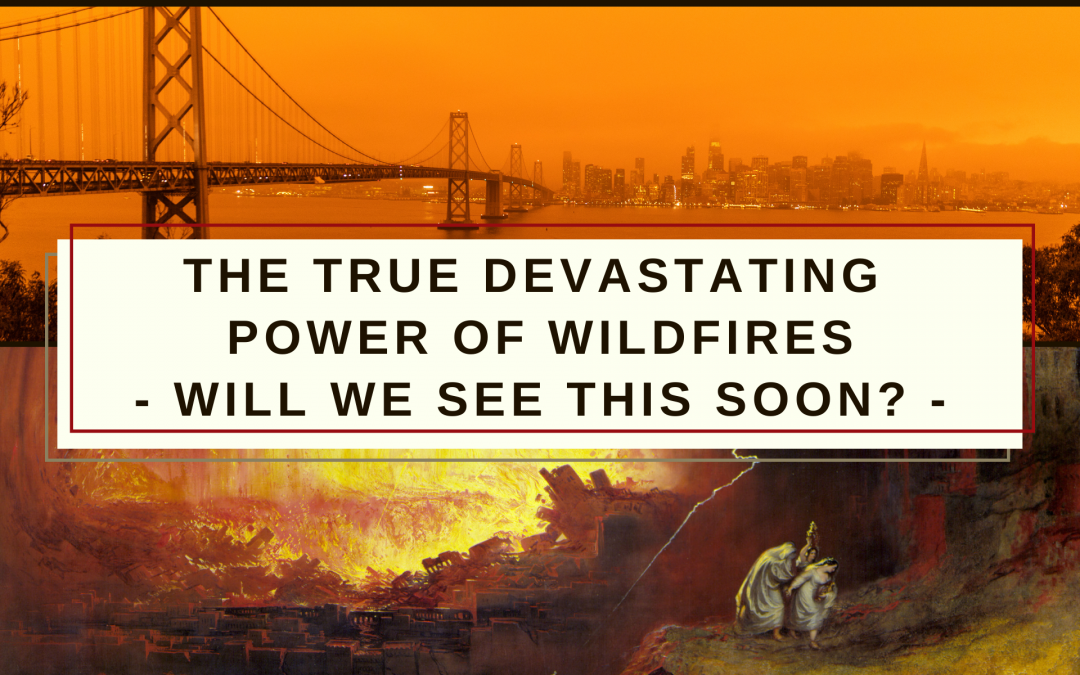 We’ve all seen the unprecedented wildfire seasons in Australia and California on TV, but could you imagine a fire so devastating it kills hundreds of thousands of people in a single night?
A fire so powerful it lifts people off their feet and sucks them into its deadly thermal cyclone?
Well, we’ve seen such fires at least twice in the last 100 years, but hardly anyone knows about them.
What’s worse is, we could see such fires again any time now in a modern metropolis. The risk for this is increasing every year thanks to climate change!

Recent Wildfire events and their extent

Before we look into the fires mentioned above, we should take a look at the biggest wildfires in recent years for comparison.

The 2019-2020 bushfire season in Australia was one of the worst in recorded history. Approximately 46 million acres (18.6 million hectares) of land burned. Several thousand buildings were destroyed and at least 34 people lost their lives. Billions of animals also died in the fires.

The 2020 wildfire season in California was record-breaking as well. More than 4% of the state burned which amounts to about 4.4 million acres (1.8 million hectares). More than 10,000 buildings were destroyed and at least 31 people succumbed to flames and smoke.

Earlier I mentioned that recent history has seen at least two fires so devastating they killed tens of thousands of people in a single night. These are the two events. 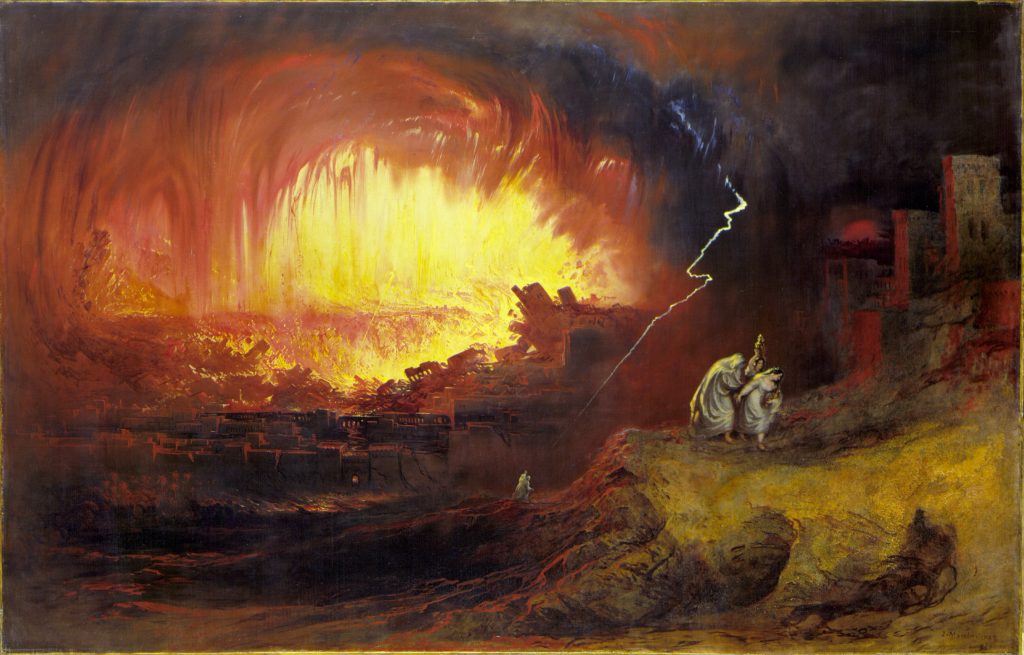 On the night of July 24-25, 1943, Allied forces bombed the city of Hamburg with 791 airplanes. Over the course of 50 minutes, 2,400 tons of bombs were dropped. The first wave of planes dropped the well-known high-explosive bombs to destroy the roofs of houses. The second wave dropped newly developed incendiary bombs.

40,000 firefighters barely managed to control the fires and were still fighting them when on the night of July 27-28, another 787 planes repeated the attack, and the thousands of uncontrollable fires merged into one gigantic firestorm.

What followed was hell on earth.

The huge fire caused its own weather (as we’ve seen in Australia and California before) and created a huge thermal fire cyclone with wind speeds of over 240km/h (150mph) and 3.5km in diameter!

Witnesses described not being able to walk up the streets because the fire winds were so strong. The gusts of wind tore down entire buildings before the fire even reached them.

Those who tried to flee got stuck in the streets because it was so hot the asphalt melted and they were glued to the streets, burning alive without being able to move.

The temperature in the center reached over 800°C (1470°F). Everything made of wood, paper, or fabric instantly started burning. The extreme temperatures melted everything made of lead and aluminum. Steel became soft and deformed, causing structures to collapse. Bricks slowly melted and transformed under their own weight. People in bomb shelters suffocated because the fires consumed all oxygen.

If you want to read more about the horrors of this urban firestorm I can recommend this BBC article. 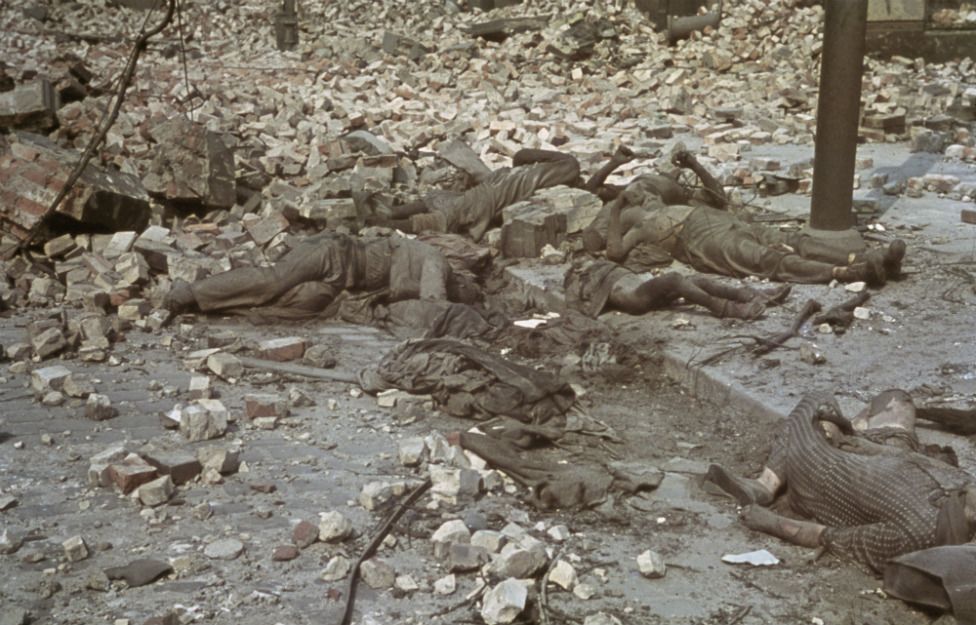 Charred bodies in the streets of Hamburg

Keep in mind that Hamburg is located at the coast of the North Sea in an area that is known to be wet and cool. Also, most buildings traditionally were brick and stone and not wood.

About 58,000 people died and tens of thousands more were severely injured.

Japan – being part of the Axis powers – was also targeted by Napalm and incendiary bombs to bring WWII to an end.

Constantly bombed by the US XXIth Bomber Command, countless fires merged into a huge firestorm. With mostly wooden buildings, Tokyo was doomed. Close to 750,000 buildings were destroyed. More than 100,000 people lost their lives and almost 3 million people lost their homes.

The firestorms of Hamburg and Tokyo were so horrible that arguments were made amongst the US military command that the nuclear bomb would be a more humane way of destroying enemy cities… let that sink in! 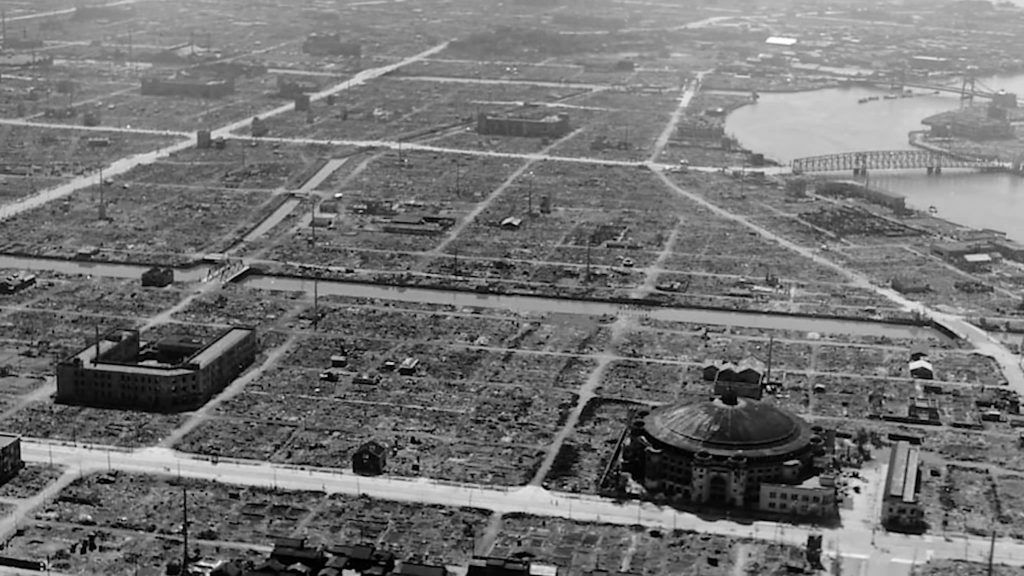 The remains of Tokyo after the firestorm

Why Devastating Firestorms could happen any time now

You might think that something like this could never happen to a modern major city. Unfortunately, it could!
Most modern building materials are indeed flame-retardant. Flame-retardant doesn’t mean incombustible though!

Modern cities are full of all kinds of fuel. Unlike back in the 1940s, nowadays every household has at least one car. A car with a full tank of gasoline and lots of plastic materials that are flame-retardant but not incombustible. Once those materials burn, they have a very high caloric value. The same goes for most other building materials.

Family homes in suburban areas are often made of wood. Under the right conditions, a major wildfire could be pushed into suburban areas of a major city like Sydney. With firefighters already exhausted and spread thin and water supplies running low, this could lead to a modern version of the WWII firestorms. Huge amounts of hot-burning plastic materials, gasoline, diesel, and timber offer ideal premises.

One thing is certain: We must not wait until such a disaster happens! We must act now! 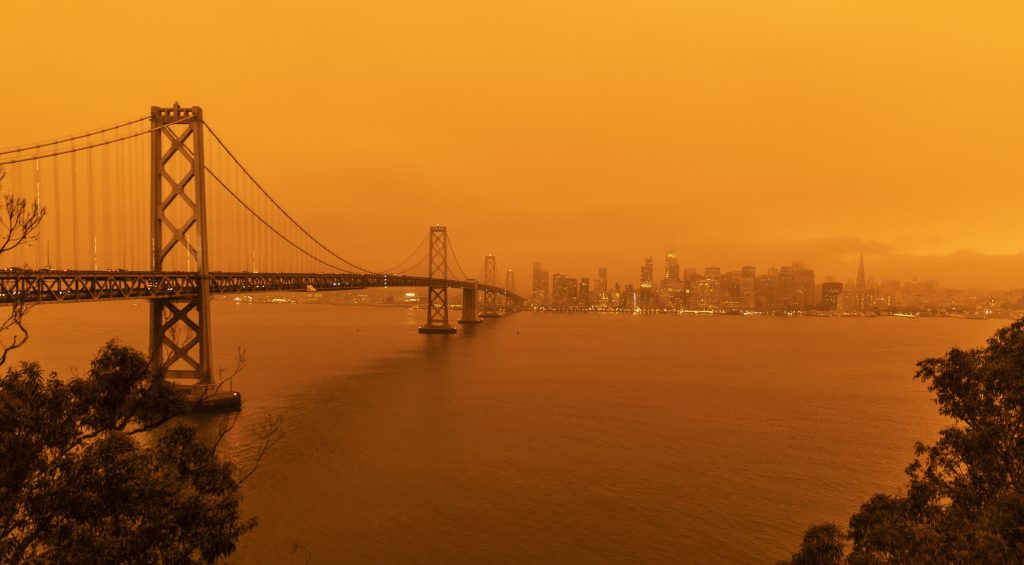 San Francisco California, USA – September 9, 2020: The sky across California darkened and stayed orange during day as smoke from many wildfires across the state created a massive smoke cloud changing the sunlight to a perpetual orange glow.

What can we do to avoid disaster?

As I’ve said numerous times before on this blog: Climate Change is not slowing down. On the opposite, it’s accelerating and will continue to do so while we cross more and more tipping points.

Things like wildfires are not going to miraculously get better over time. They will only get worse all the time. Everything else is a delusion or cognitive dissonance.

Both, rural and urban areas are in high danger from wildfires – especially in places like California or Australia where they are already a problem. We have to develop plans and drills for mass evacuations of major cities and build huge fire-shelters that can protect those, who cannot flee the city.
Of course, those shelters would require their own oxygen supply or people will simply suffocate. In Hamburg 1943, people left their bomb shelters when the candles went out from lack of oxygen – only to burn in the streets.

We have to completely rethink the way we plan and build houses and structures. We have to adapt the layouts of towns and cities to the new threats. Fires are just one of the many things we have to consider here. Flooding, extreme heat, and storms are just as dangerous.

In future articles, we will take a look at possible concepts and designs to counter the adverse consequences of climate change.